Passing the Baton of Leadership

Yesterday, as our family began our journey across the country I got a call that my buddy Michael Lawver was officially voted in as the next youth pastor at Smithtown Gospel Tabernacle. I couldn’t be more pleased with his selection as my successor. In a future post I will share about how God orchastrated the entire transition, but let me just say it was an incredible series of events! A couple of weeks ago I introduced Michael to my adult leadership team and passed him the baton of youth ministry leadership. Coincidentally, a few days later at our church’s missions convention, my two successors, Phil Baker and Ron Braaten were at SGT, so I took the opportunity to take some photos of us passing the baton. The three of us together represented 28 years of youth ministry at our church. What a rarity! 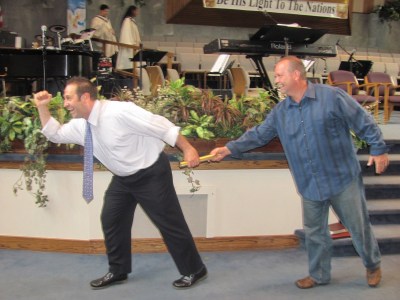 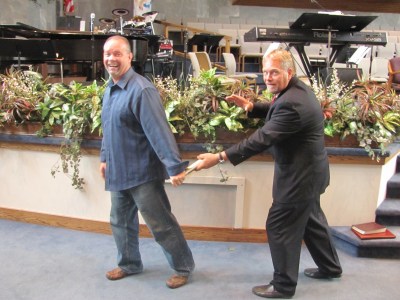