This morning we had devotions at 7:30am and breakfast at 8am. We then set up for something of a “VBS”. We had 2 groups of children bussed in from the community – one group at 9am and another at 2pm. We played soccer, did facepainting, made balloon animals, then had a time of singing and dancing followed by a gospel message. We are super proud of Claudia who preached in the morning, and Timmy who preached in the afternoon.  About 5 children prayed to receive Christ following each message! Never underestimate the significance of a child praying to receive the Lord. I was one of those children! Let’s pray for these 10 or so kids. Pray that the seed of the Word of God has landed on good soil, and that it will bear good fruit in their lives. This evening we had rhe 7 year anniversary celebration of Villa Esperanza. We led worship, some of the girls from the Villa did some dances, we ate dinner, had cake, watched a slide show, and shared notes and took pictures with the girls. It was a very fun night. Tomorrow we are loading the bus at 4am to head to the airport. 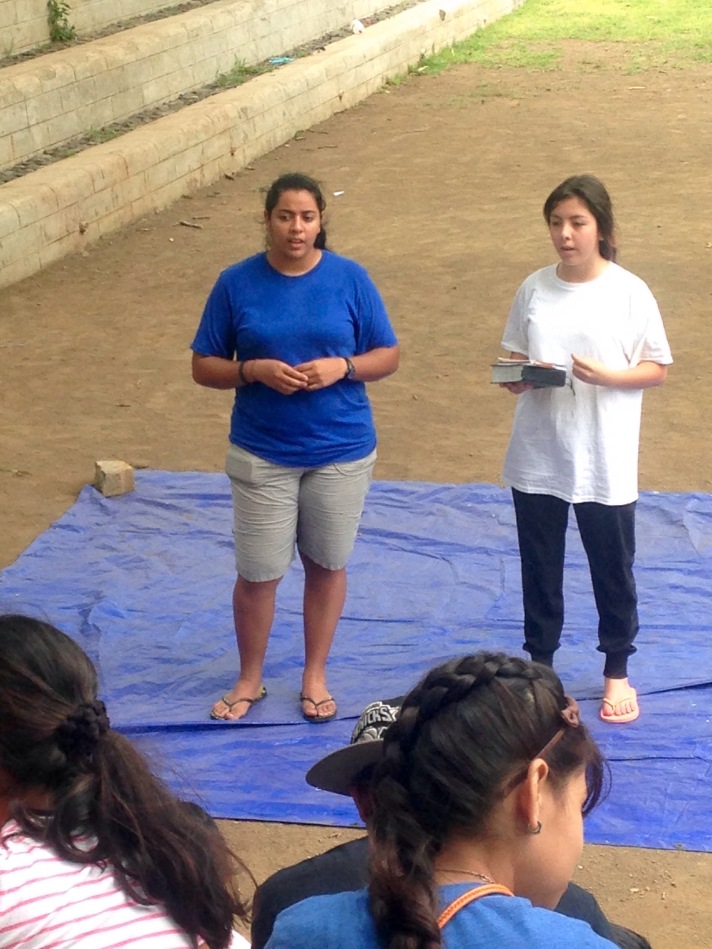 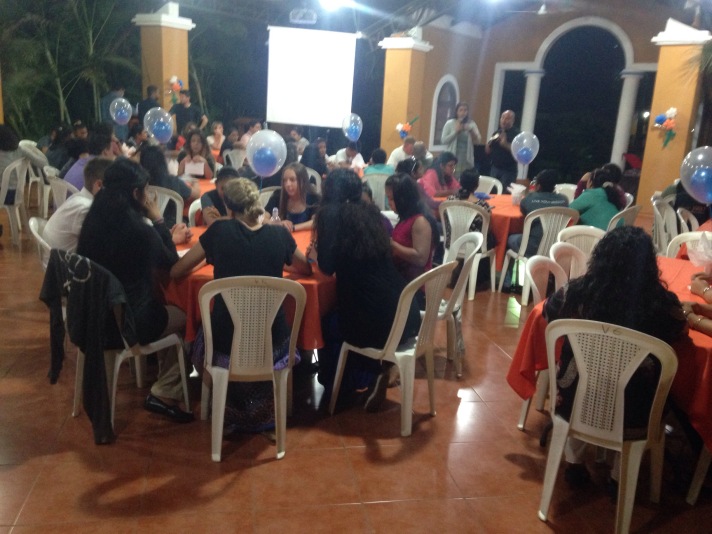 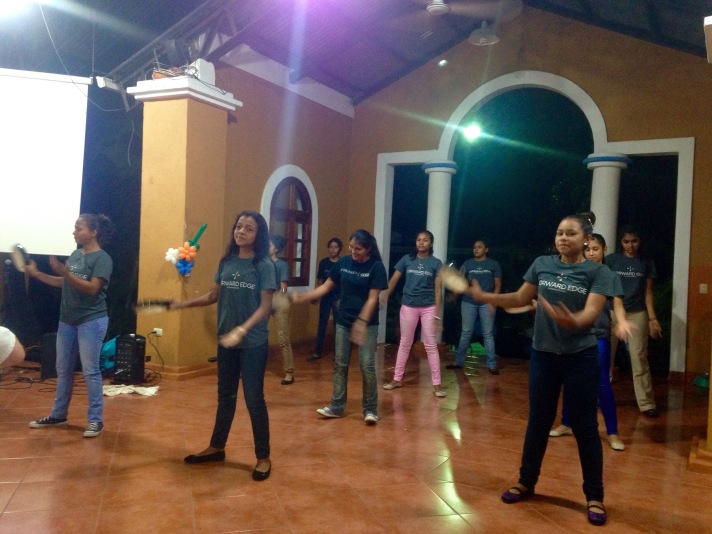 Today was another day for building relationships with the girls from Villa Esperanza. After devotions and breakfast we loaded a school bus and drove to a water park. The rides and the time at the pool were simply times to show the girls the love of Jesus. We enjoyed conversing with the girls, practicing our Spanish and giving them a chance to learn English. We sought to get to know them better, encourage them, and ask them deeper questions about God. This evening Adriana did a makeup workshop for all of the girls, showing them how to properly apply makeup. Following the demonstration she ministered to the girls, talking to them about their intrinsic value, inner beauty that doesn’t fade with age, and challenging them to become women of God. 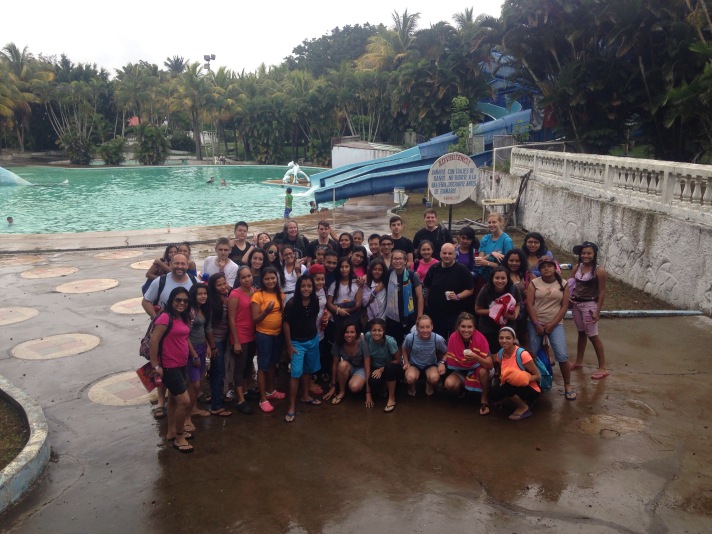 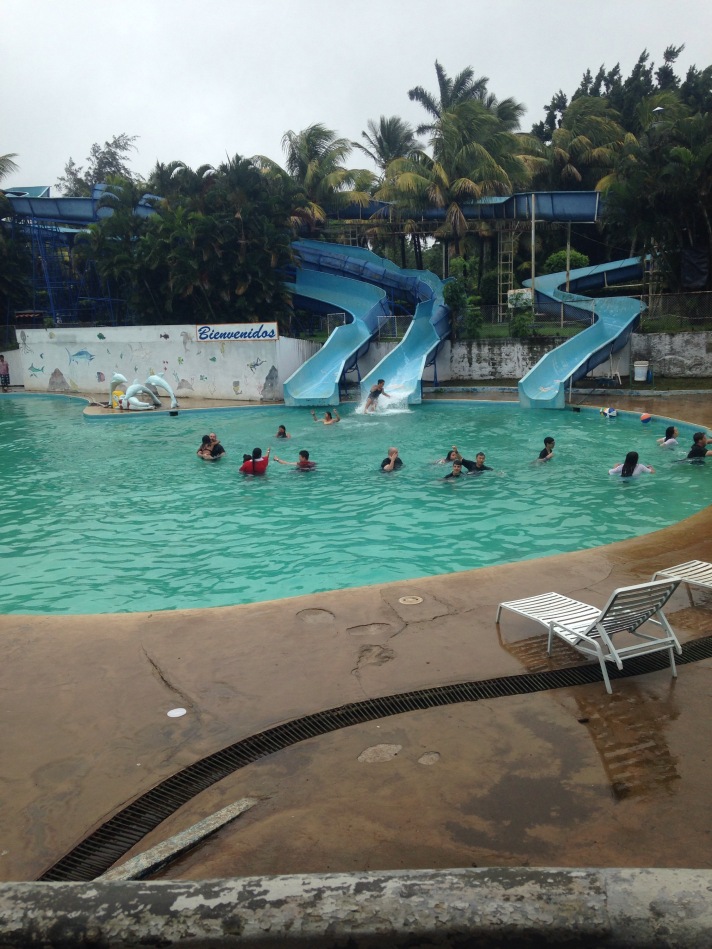 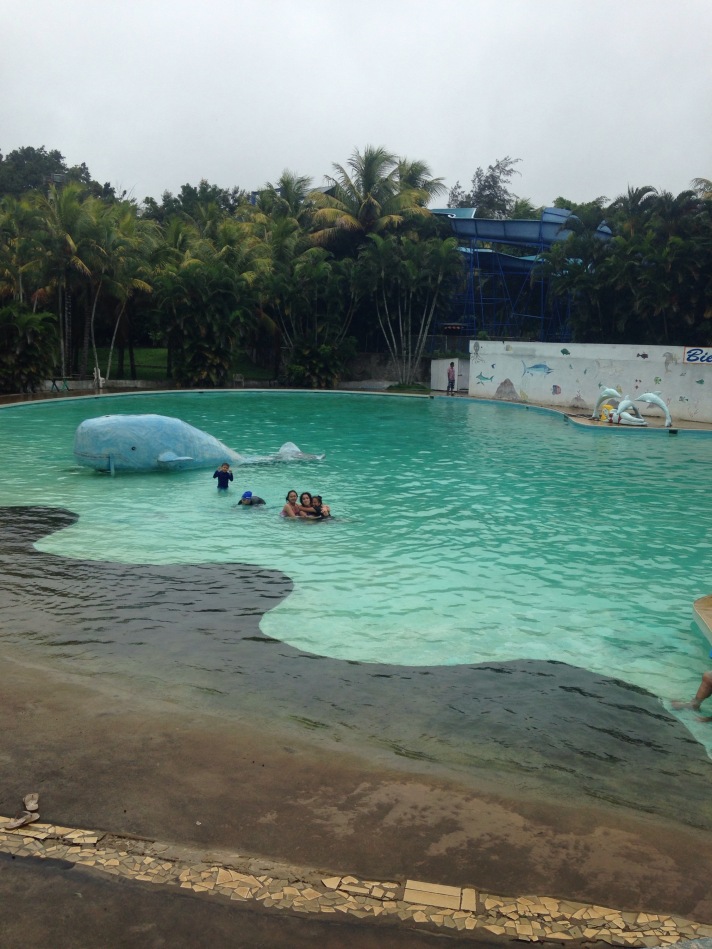 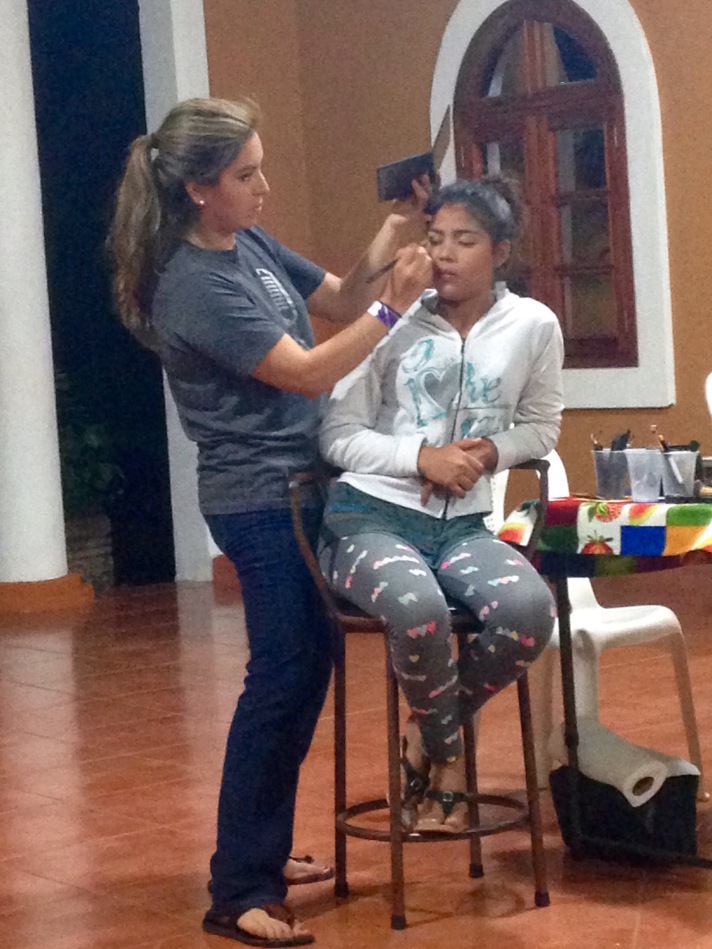 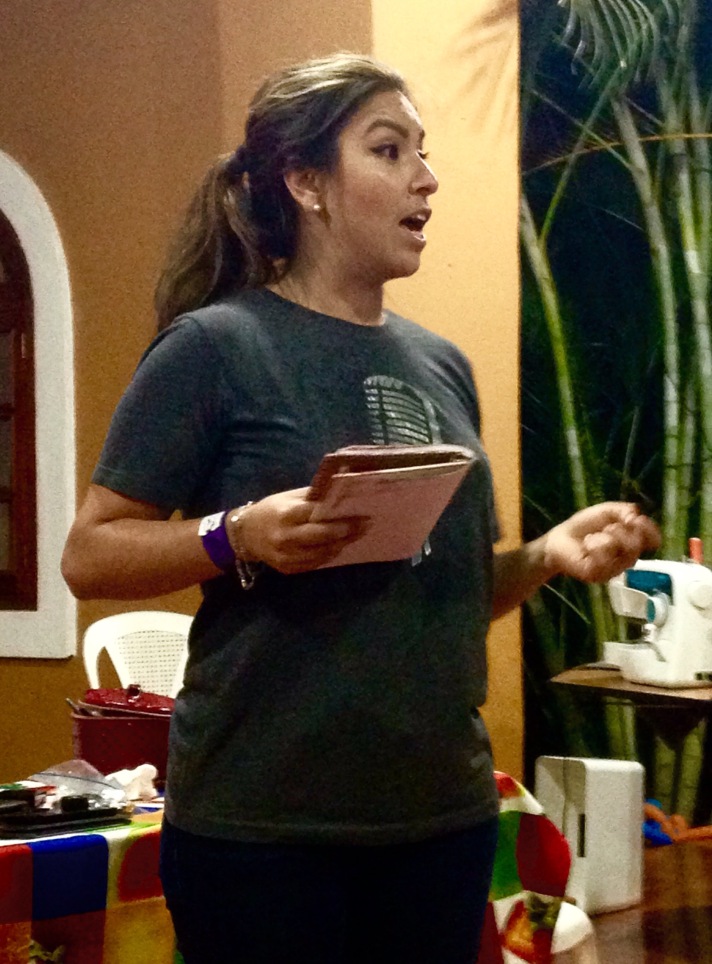 Today was our free day so after devotions at 7:30am and breakfast at 8am, we loaded the bus at 9am and drove about 45 minutes to go zip-lining. Everyone did it and we had a great time. Afterward we went for lunch overlooking a lake. Just after we finished eating and as we were about to take a group picture we saw a storm approaching over the lake. We took our picture then ran for the bus as the downpour began. We then drove to the market where we did our souvenir shopping. We got back to the Villa at 4:30pm. We have dinner at 6pm then at 7pm we will be having an evening of fun interactions with the girls. 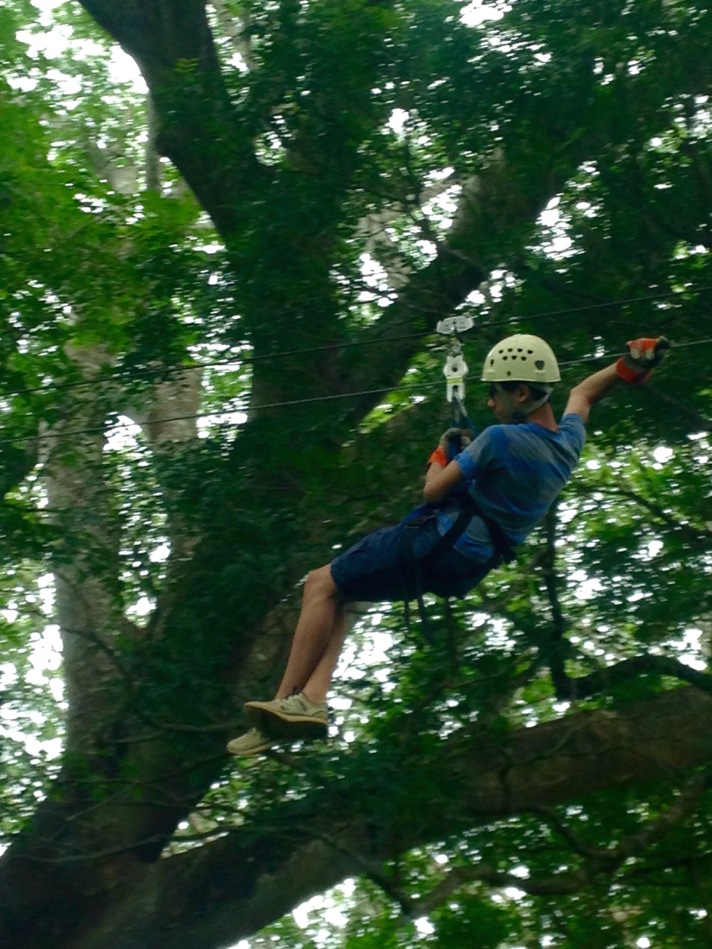 This morning we had team devotions at 7am followed by breakfast and worship and devotions with the Villa staff and some of the girls. We then got into a couple of groups and did work around the Villa. One group did yard work and another group worked on the road into the Villa, shoveling dirt out of the drainage ditch and using it to patch up another area of the road which had been washed out. We also enjoyed some time hanging out and playing with the girls. After dinner we had a service with the girls. Ady and Mike led worship, we did the “Everything” drama, and I preached. Following the message I gave an altar call and probably 30 people came up including both people from Nicaragua as well as our team. We had a powerful encounter with the Holy Spirit and the ministry time lasted over an hour as people were praying for one another. It was an in incredible time as the Spirit of God moved. Following the service we had our debriefing meeting as a team and it was marked by expressed feelings of being overwhelmed by the grace if God. We also heard reports of two girls giving their lives to Christ tonight! God is good! Thank you for continuing to pray for us. 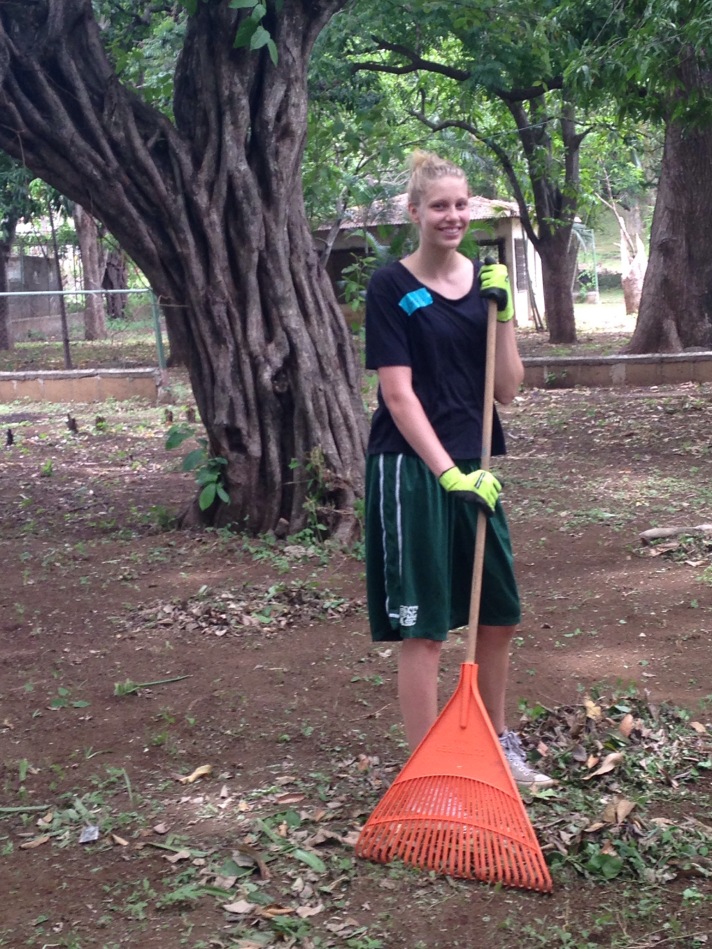 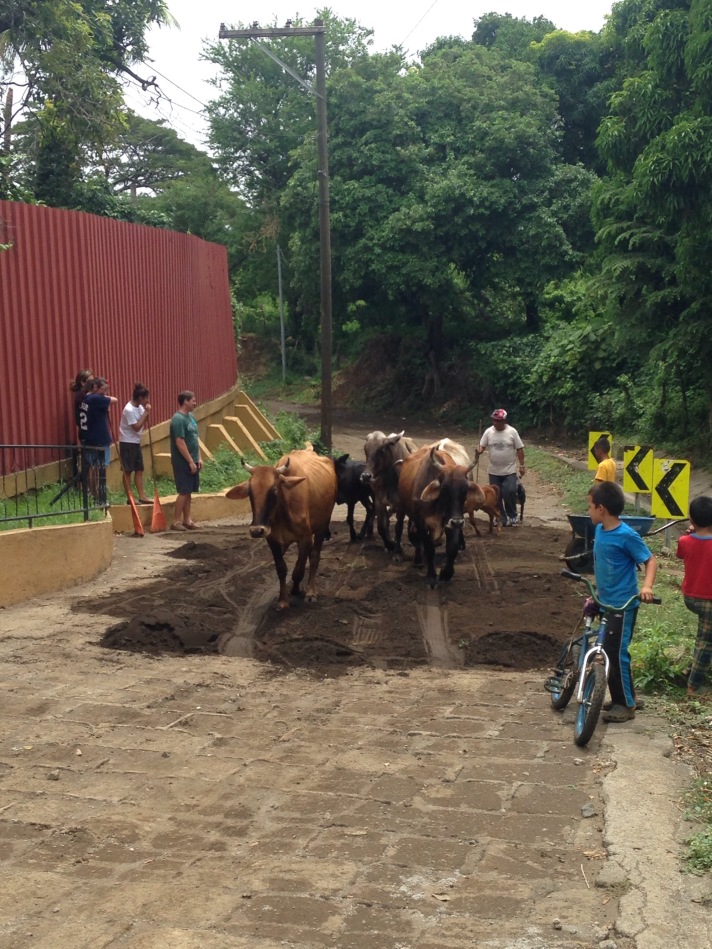 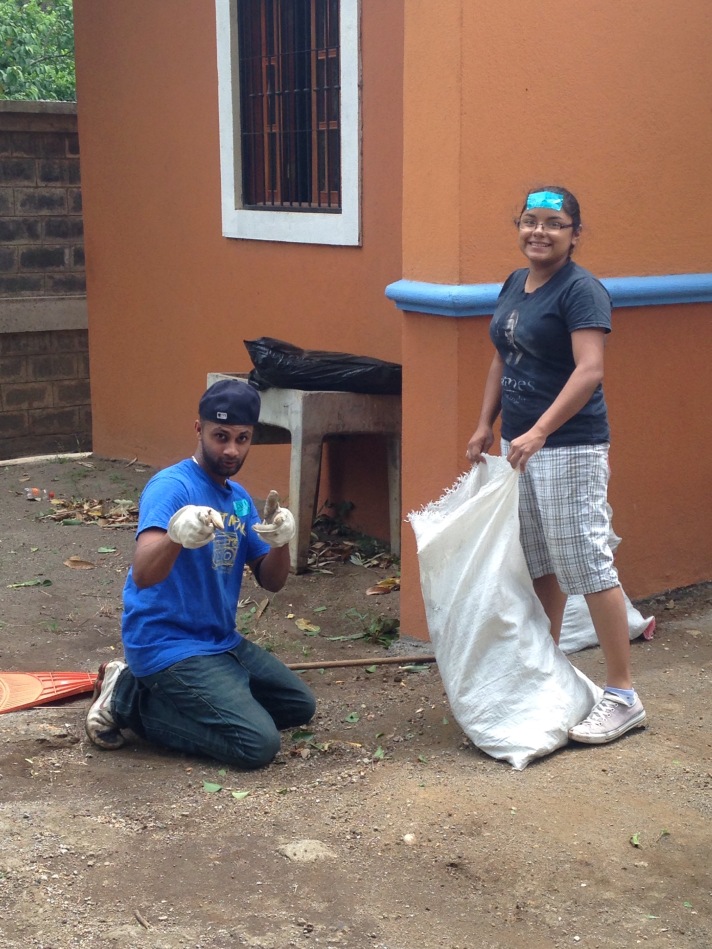 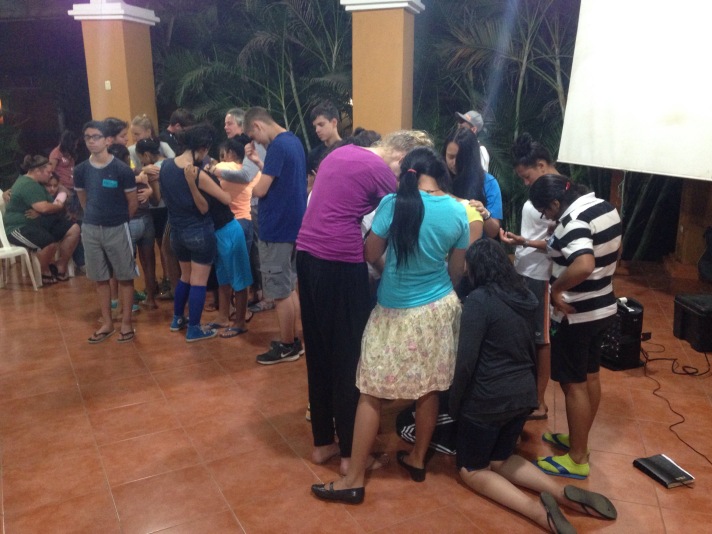 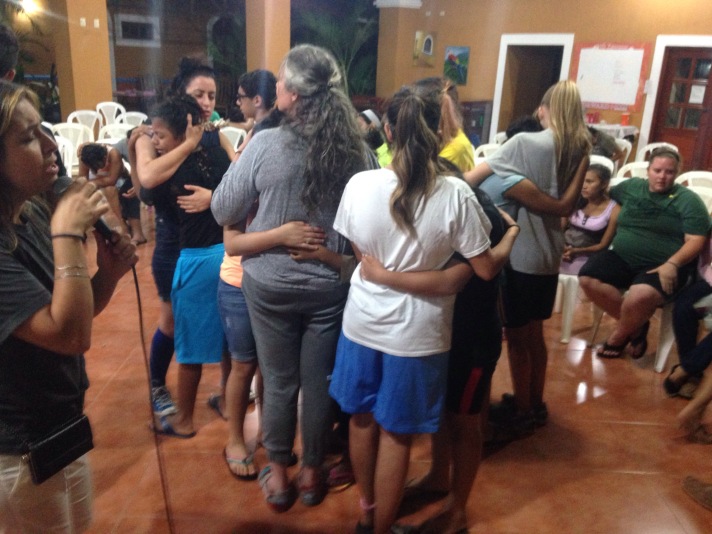 This morning we had devotions at 6:30am followed by breakfast at 7am. At 8am we loaded one bus with supplies and we boarded another, then we drove about an hour-and-a-half to Leon where we spent the day serving at a church pastored by Villa Esperanza director Wilbur’s mother. We painted classrooms, raked the yard, dug holes and installed fence posts. After lunch we had a ministry time with the children and youth. We played soccer, parachute, and other games while DJ Ren Raps was droppin’ beats. Then Ady, Mike and Donna led a time of singing; Donna told a Bible story featuring Timmy as Goliath, and a little boy as David; our team performed a drama; and I shared a simple message followed by prayer. We then did face painting, made balloon animals, and played more games with the kids until about 4pm. We said farewell and drove back to Villa where we had dinner, met and were given an inspirational and challenging talk by Wilbur, showered up, and had our team debriefing. The team is now practicing their dramas which we will be using during a time of ministry tomorrow evening. Everyone is serving honorably and in good spirits. 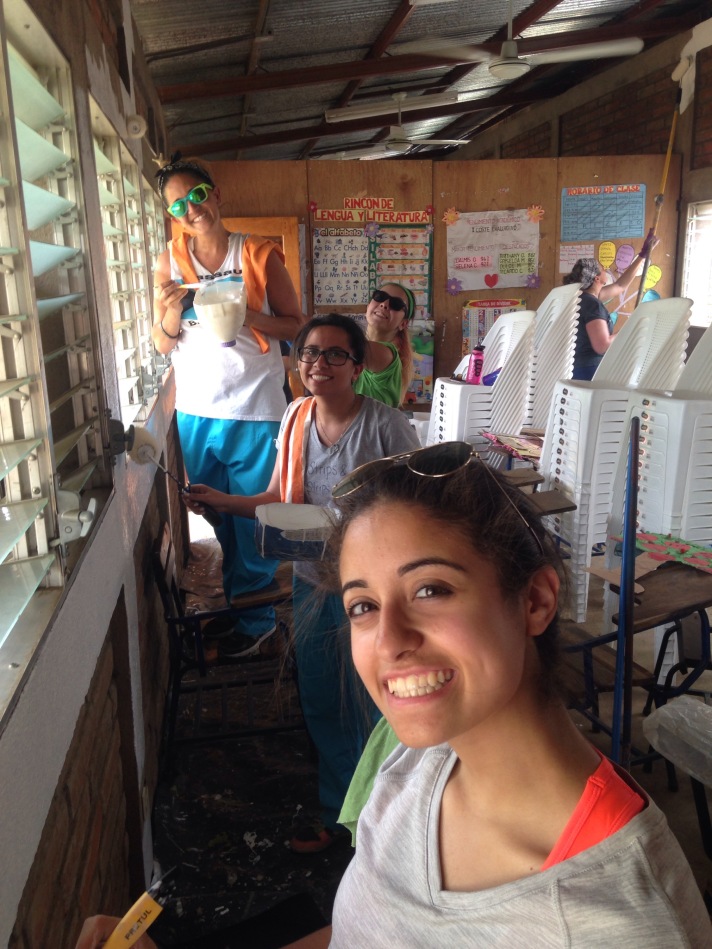 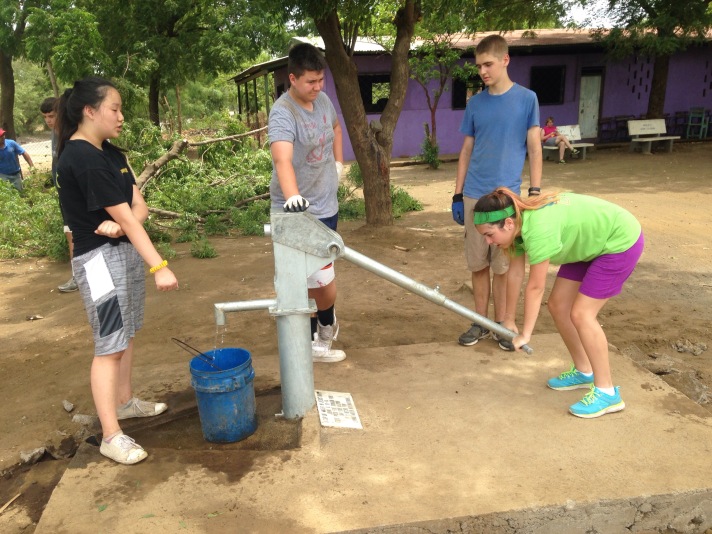 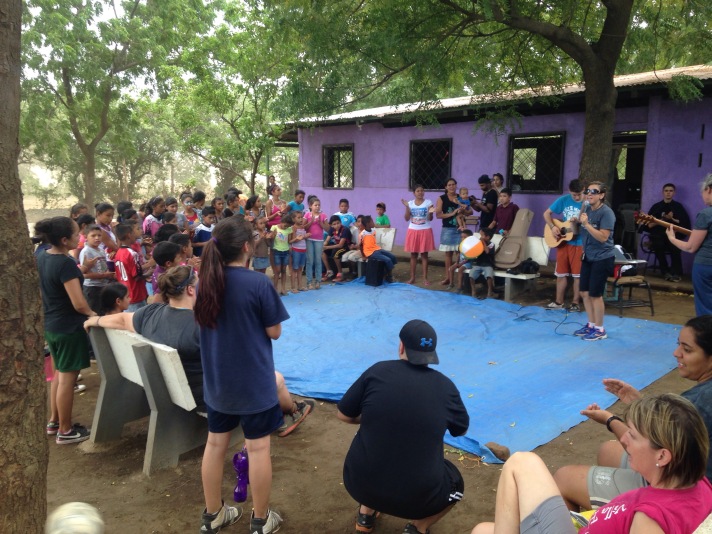 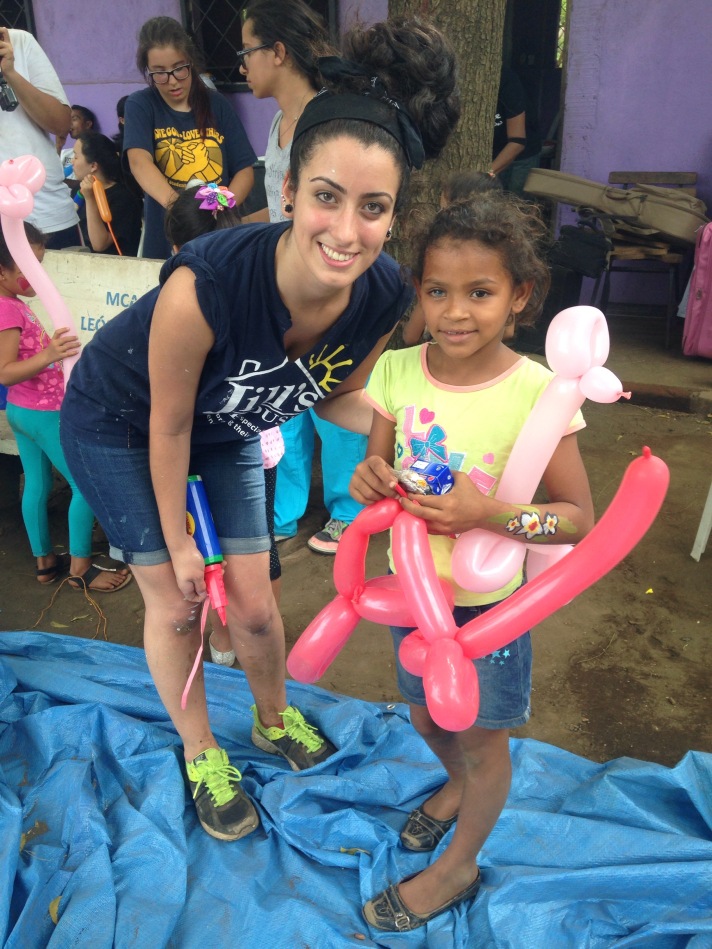 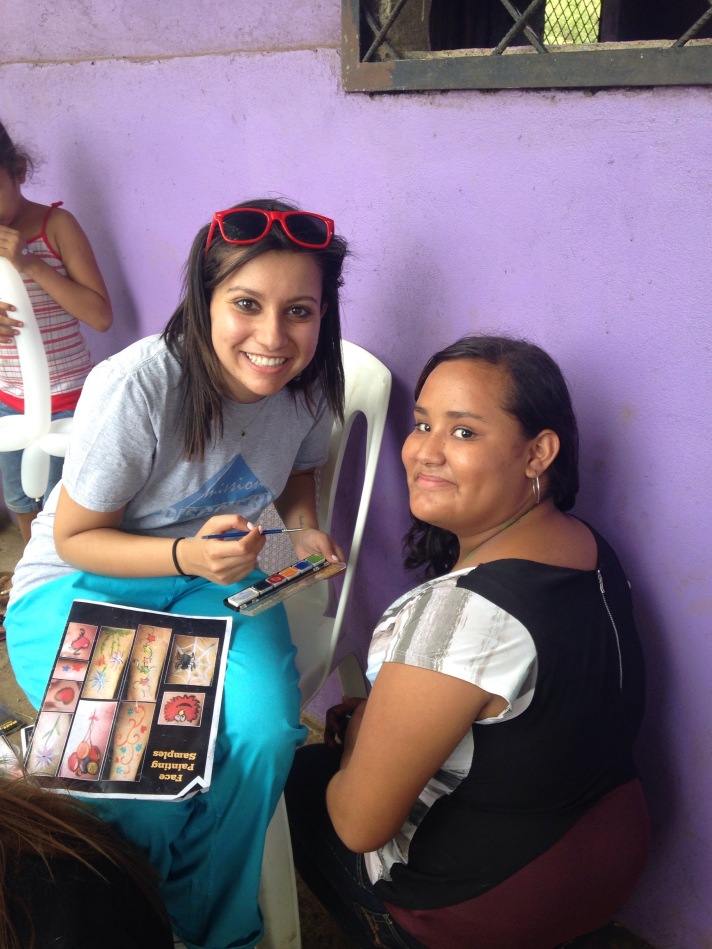 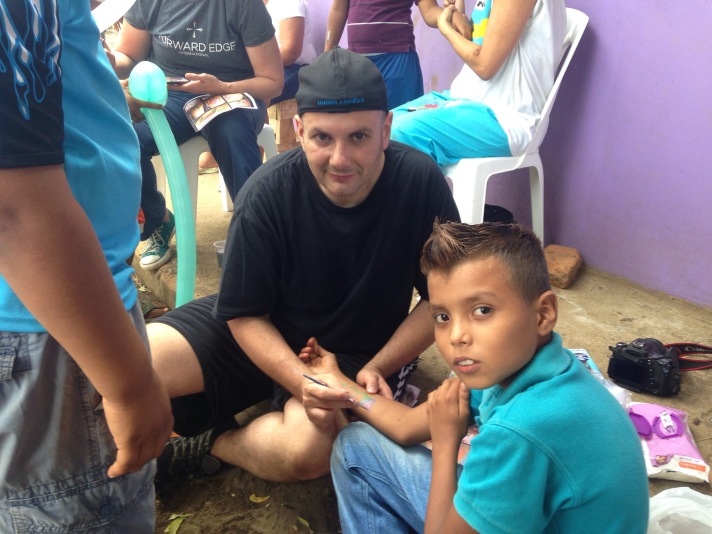 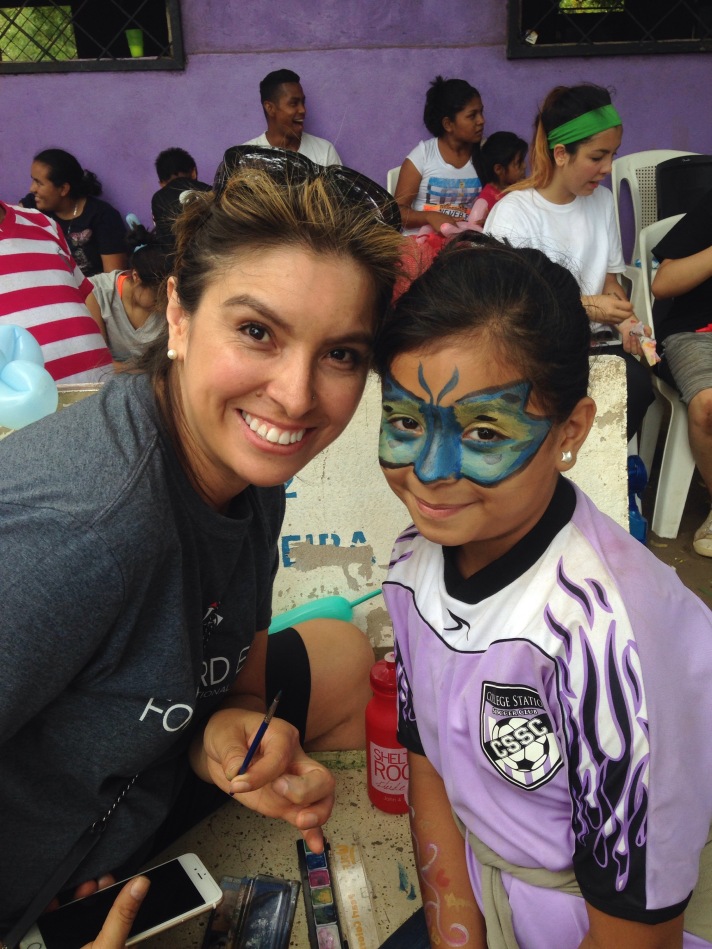 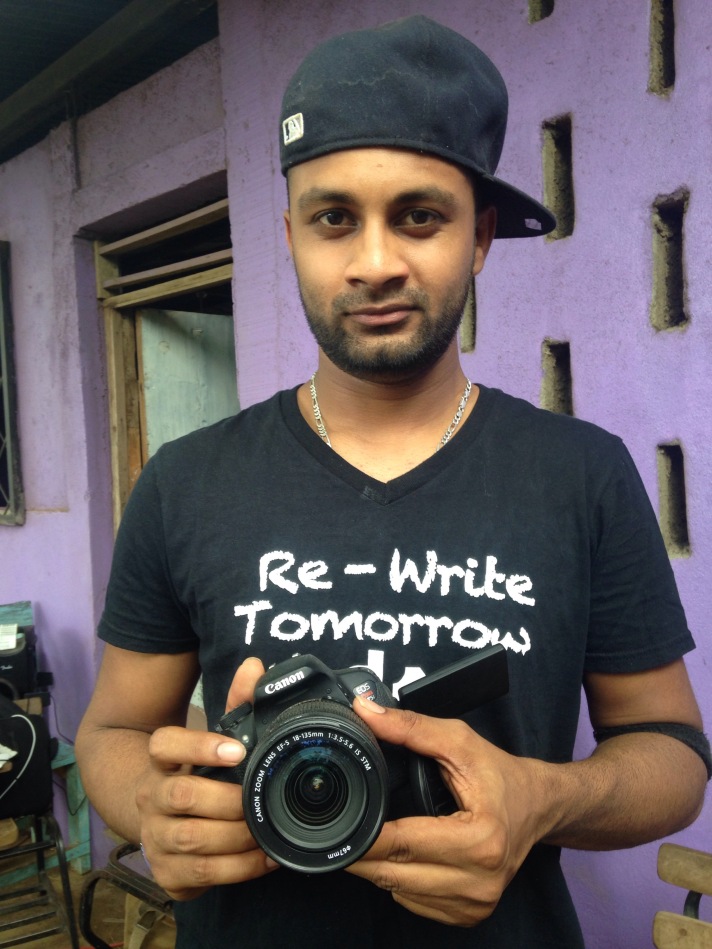 This morning we had devotions at 7:30am followed by breakfast at 8:30am. At 10:15am we met the girls from Villa Esperanza for the first time, and we were all partnered up with one of them whom we sat next to during the ride to church, conversing with them so they could work on their English and for us to work on our Spanish. At church we enjoyed some great worship followed by a message by an American interpreted into Spanish.

Insert Crazy Story Here: As the preacher was delivering his message I kept thinking he had a similar accent to where I grew up. After church I went over and introduced myself. He said he was from upstate New York, not far from where I grew up. I asked him if he knew of Elim, the Bible college Ady and I attended. He did and said he knew some people from there from way back. He asked if I knew the Larkins. I assured him that I did. (Keep reading!) He said he was friends with David Larkin and also knew his brother Dan, and that many years ago he and his wife had adopted Dan Larkin’s daughter Carmen’s daughter. “You are not going to believe this,” I told him, “But I am Dan Larkin’s eldest grandson. Your daughter Jena is my cousin!” It was just a few years ago when Jena and our family were reunited. I am friends with her on Facebook but have not met her in person yet. In fact, right now she is just across town here in Nicaragua on a separate mission trip. How crazy is that!

After a picture of our family with Ted Sandquist (Jena’s dad), our team headed back to Villa Esperanza and had lunch with the girls and the staff. We then had a tour of the facilities and heard the history and vision of the ministry. We then spent a few hours playing basketball and soccer with the girls. A lot of fun!

After dinner this evening we practiced some songs for our outreach tomorrow then watched A movie with the girls. We have an early start tomorrow. Thanks for keeping up with us and keeping us in your prayers. 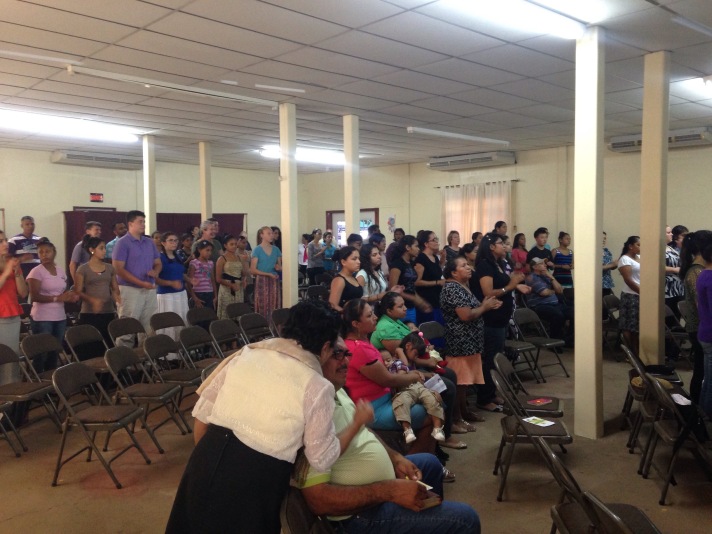 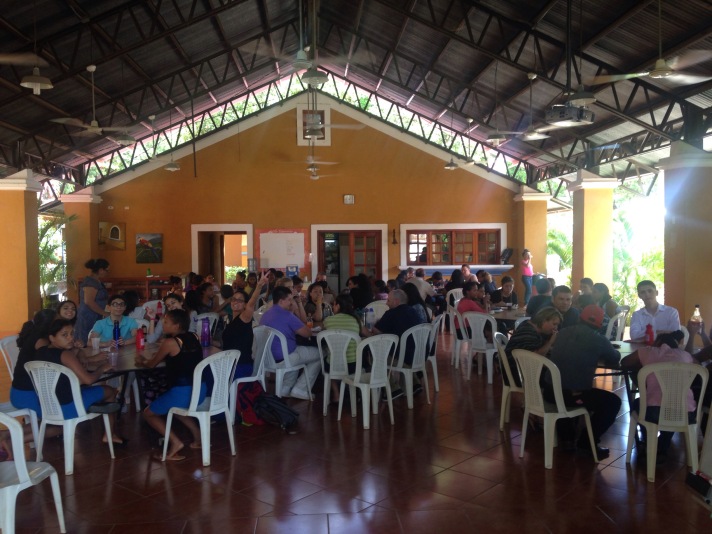 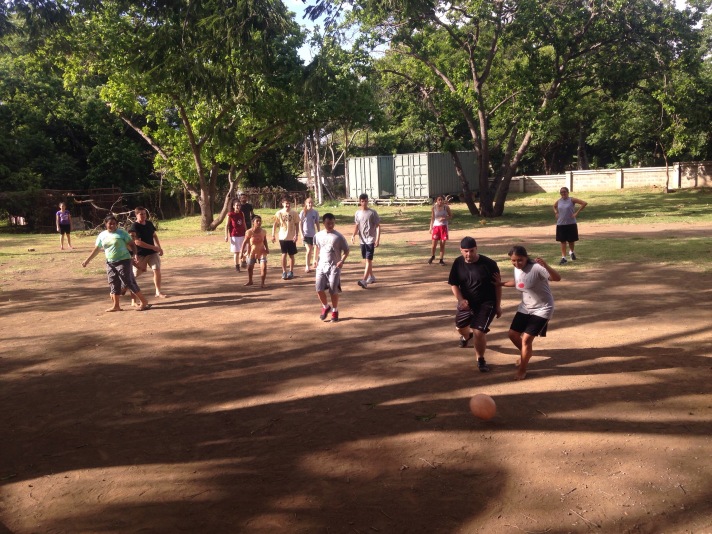 This morning everyone got to the airport on time. After getting checked in, we prayed together and gave lots of hugs to parents, then we had lunch and went through security. Everything went well. We only two security check incidents. One leader (who shall remain nameless) had a can of mosquito repellent in their carryon. After Mike Fenimore had his bug spray thrown away we only one student who brought a full water bottle through and had to go back again. He said his mom packed it for him. (He is laughing as I write this. Parents, you can guess if the culprit was your son. lol!) We had a nice flight to Miami, grabbed dinner, and boarded our next flight to Managua. Another uneventful flight. We landed, went through Immigration, got all of our luggage, and met our Forward Edge trip coordinators, loaded the bus, and drove to Villa Esperanza. We got settled in and had a beief orientation, then we did group devos. We are about to turn in for the night. Unfortunately my computer decided to crash, so I am typing this on my phone. I have FFS (Fat Finger Syndrom), so please excuse any tuyops (typos). 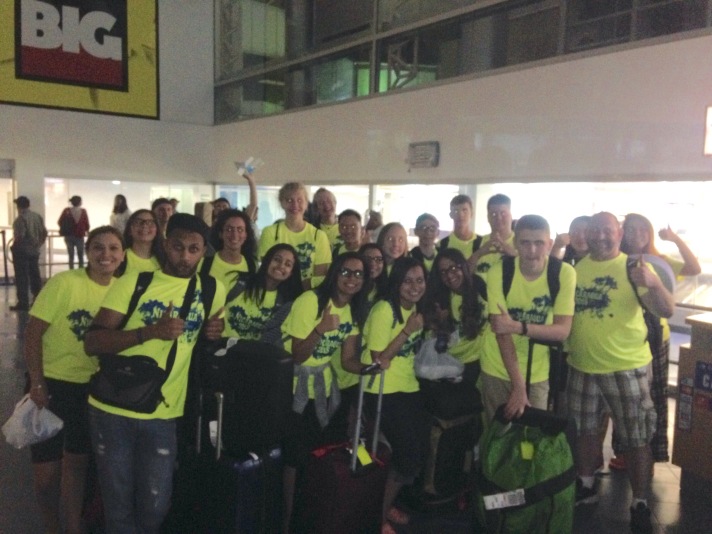 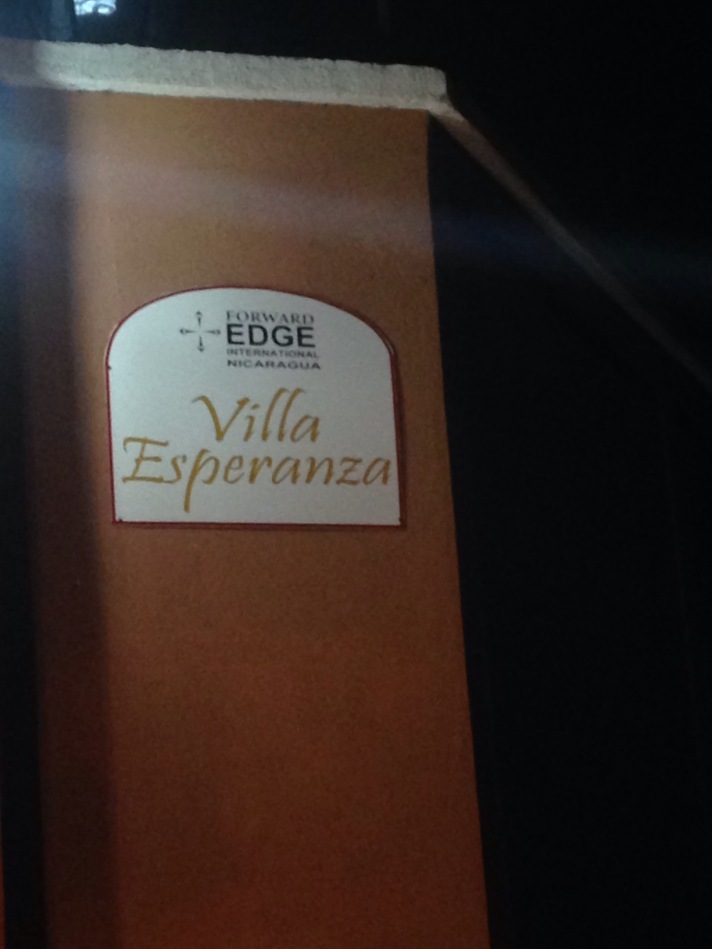