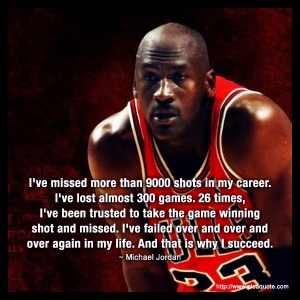 Francis Schaeffer was away at college when he was experiencing a sense of failure over doing something wrong, then being chastised by other students for not “practicing what he preached.” In a letter to Francis his soon-to-be wife Edith wrote him something insightful:

We humans fall so short of our ideals at times that it is discouraging. But we wouldn’t want to preach that side of it – I mean we wouldn’t want to say – ‘Well, once a month it’s a fine thing to break through and do something entirely opposite to what you believe is right’ – just because all of us do do things like that. We don’t want to sanction it – just for the sake of preaching what you practice? We want to really preach the Christian life – and then we want to live it so far as is possible, but because we are human – we can’t be perfect. That’s where forgiveness comes into the picture – forgiveness for our mistakes. I don’t know whether you can read into this what I am trying to say or not. Anyway – I think the fellows are all wrong in picking on one small slip – when there is so much more in your life that is parallel to your ‘preaching.’ In fact, I think it might help your influence for them to know that a Christian is just as human as anyone else – the difference is that he has someone to go to with his mistakes – and difficulties – to get them smoothed out – that that instead of pulling him down … he goes on again – a bit more prayerfully – and a bit stronger for having found his feet and climbed up the hill he slid down. See???” (Francis and Edith Schaeffer, pp. 63-64)