Tonight, thanks to a friend donating some tickets, I was able to take one of our students and one of my youth staffers to the Knicks game. Andrew and I arrived early, so we grabbed some slices of pizza, then went up to Times Square and walked around a bit. We then went to the game and got to witness history. Carmelo Anthony was unconscious! He had 37 points in the first half, including a half-court shot at the buzzer. We knew we were seeing something amazing. He ended up scoring 62 points, breaking the Knicks record of 60 points set by Bernard King in 1984, and the Madison Square Garden record of 61 set by Kobe Bryant in 2009. The Knicks were up big, and he was pulled from the game with 8 minutes to go, otherwise he would have probably scored 75. I love that I got to be there to see it live, but I love that I got to share the experience with a student and emerging youth leader even more. #YouthMinistry 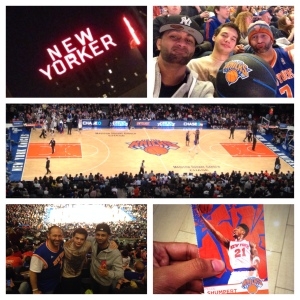 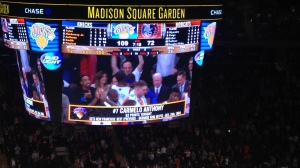 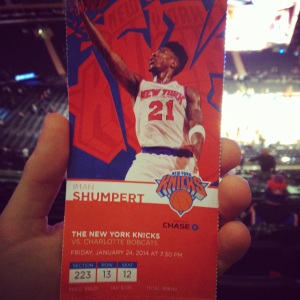 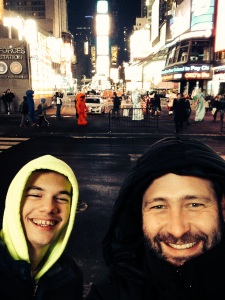