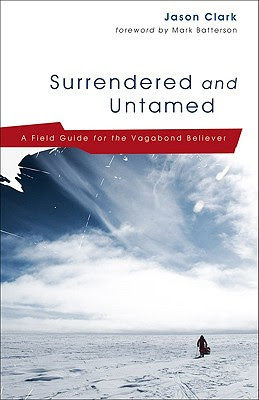 Eighteen years ago, in August 1993, I opened the door and walked into my first college dorm room and embarked on my Bible college experience. The number one memory of that first day was meeting the most beautiful woman I had ever seen who would 3-years later become my wife (and, yep, she’s still married to me). A distant second was meeting my two roommates Doug Cowburn and Jason Clark.

In addition to our studies, each of us had to work our way through school. Having no transportation I got the prized job as Lead Dish-Washer in the cafeteria. Actually, it was just plain old Dish Washer. The “Lead” part just sounded so much cooler.

Doug had a car and consequently the sweetest gig. He worked at Pizza Hut. When I say a sweet gig, I mean it was a sweet gig for Jason and me because each night Doug would bring us leftovers. When you’re living on a steady diet of Ramen Noodles, leftover Pizza Hut is like filet mignon. When Doug got home from work, our room would fill with the aroma of pizza and breadsticks.

When  Jason got home from work our room – check that, the entire building would be taken over by a different smell – the smell of gas. No, I’m not talking about the gas smells that fill typical male college dorm halls. Jason got a smelly gig as a gas station attendant in town. It only took about a week before there was an official petition and poor Jason had to start taking off his clothes outside and get hosed down before coming into the dorm. Did I mention this was in the winter; in the typical 10-feet of lake-effect snow of western New York? OK, I’m exaggerating – about the hosing down, not the snow.

On to the point. I recently found out through the beauty of Facebook that Jason had written a book called Surrendered and Untamed and he asked if I would give it a read and review it. I couldn’t wait to get my hands on it. I was thinking of some killer payback for the pranks he played on me that freshman year. Oh, wait, I was the one playing the pranks. Never mind.

The book was a great read with even better content. Jason is a man who has devoted his life to passionately pursuing Jesus with reckless abandon. Anyone who has received a promise from God knows that there are days, seasons, years when you wonder if you heard God correctly. Why? Because we look around and don’t see the promises being fulfilled; at least they don’t appear to be. Jason opens the book talking about his experience as a gas station attendant (thus my opening reminiscing) along with other experiences during which He was questioning God. He doesn’t use this language, but I would say he describes what St. John of the Cross called the Dark Night of the Soul.

An incredible story-teller with a real gift for creating word-pictures, Jason takes us on a fascinating journey through his years of personally questioning and discovering God, and shares the life-changing insights into the heart of God that he has learned, and is learning, along the way. As I was reading I kept thinking, Man, Jason sounds like one of my favorite authors, Erwin McManus – they are singing songs on the same album which our generation needs to be listening to. (My suspicions were finally confirmed on p. 101.) His call to a lifestyle of surrendered and untamed worship to God is one that our generation is desperate to hear. Jason’s voice is added to the call of those of us who want to see a generation rise up and see the world as God sees it and respond in ways that honor Him. The apathy is dissipating and passion is rising because people like Clark are setting forth God’s vision and sounding the alarm that it’s time for the sleeping giant of the Church to start living in the promises of God, not for selfish gain, but to see the values of the Kingdom of God experientially lived out on earth as they are in heaven.

I also got to see a preview of the DVD which follows South African explorer Alex Harris to the South Pole and hosted by Mark Batterson. Fantastic! Totally worth obtaining for personal or group study with the accompanying Participant’s Guide by the same title.

One thought on “Surrendered and Untamed”